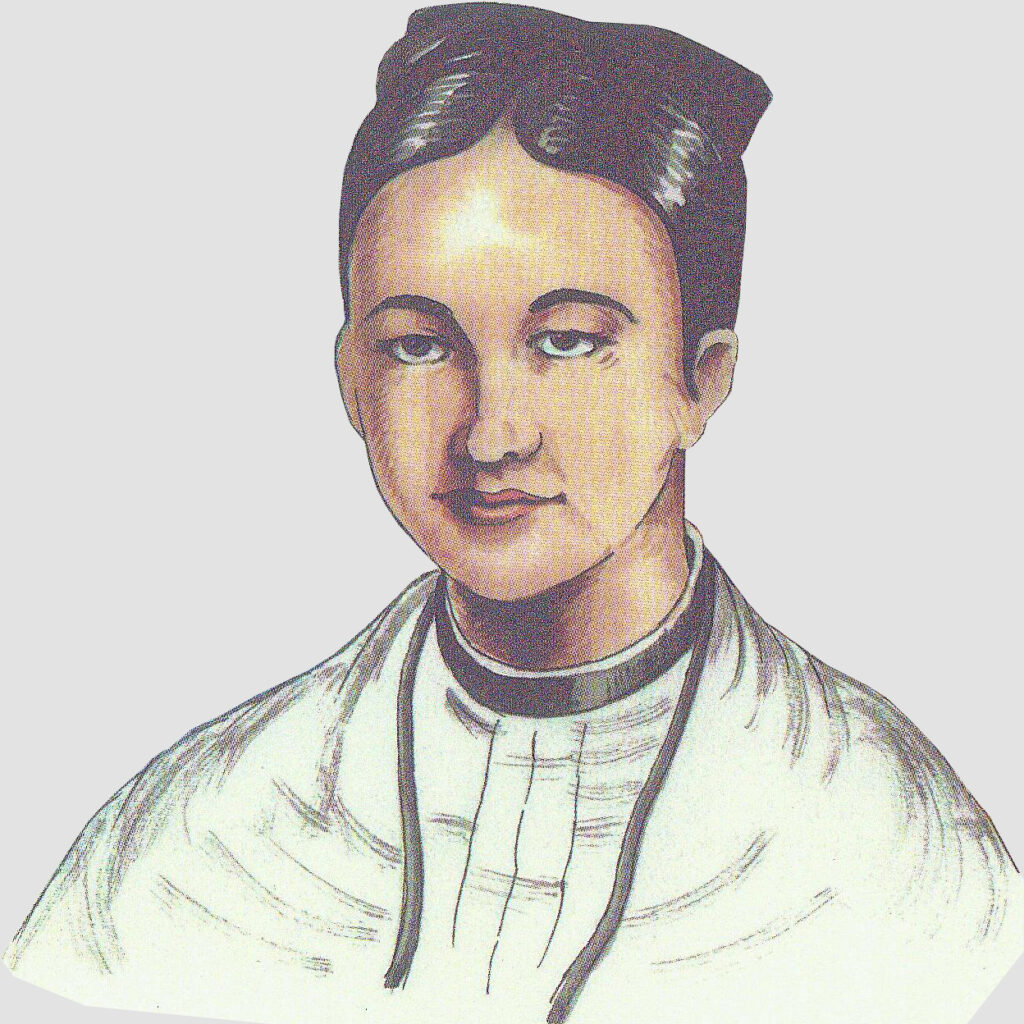 Presenting with a respectful heart – The name ‘Henrietta Secondary School’ is a tribute to Mrs. Henrietta Hall Shuck (the wife of the first pair of U.S. Baptist missionaries to China).The booklet Lady of Many Firsts recorded Henrietta’s love, courage and contributions.

(1) The first Western female to live in Hong Kong:Before China had opened the five treaty ports, Western females were strictly forbidden in Guangzhou. Hence, the families of British and American businessmen had stayed and lived in Macau. In 1842, when Hong Kong was ceded to Britain, Henrietta accompanied her husband Rev. J. Lewis Shuck to settle in Hong Kong with their children.

(2) The first female missionary to Hong Kong:Henrietta had finished her theological training in the U.S. before she had gotten married, and thus she was an official missionary sent by the Baptist Convention.

(4) The first missionary to pass away in Hong Kong:On 27th November 1844, Henrietta passed away peacefully after she gave birth to her fifth child. She was very weak due to her hard work and the poor sanitary conditions at the time. She died at the age of 27 and was buried in the Hong Kong Colonial Cemetery.

The Bible says ‘For God so loved the world’. God’s sacrificial love has shown through this lady who loved Chinese people so much. Hope you also have the opportunity to know and receive God’s love. 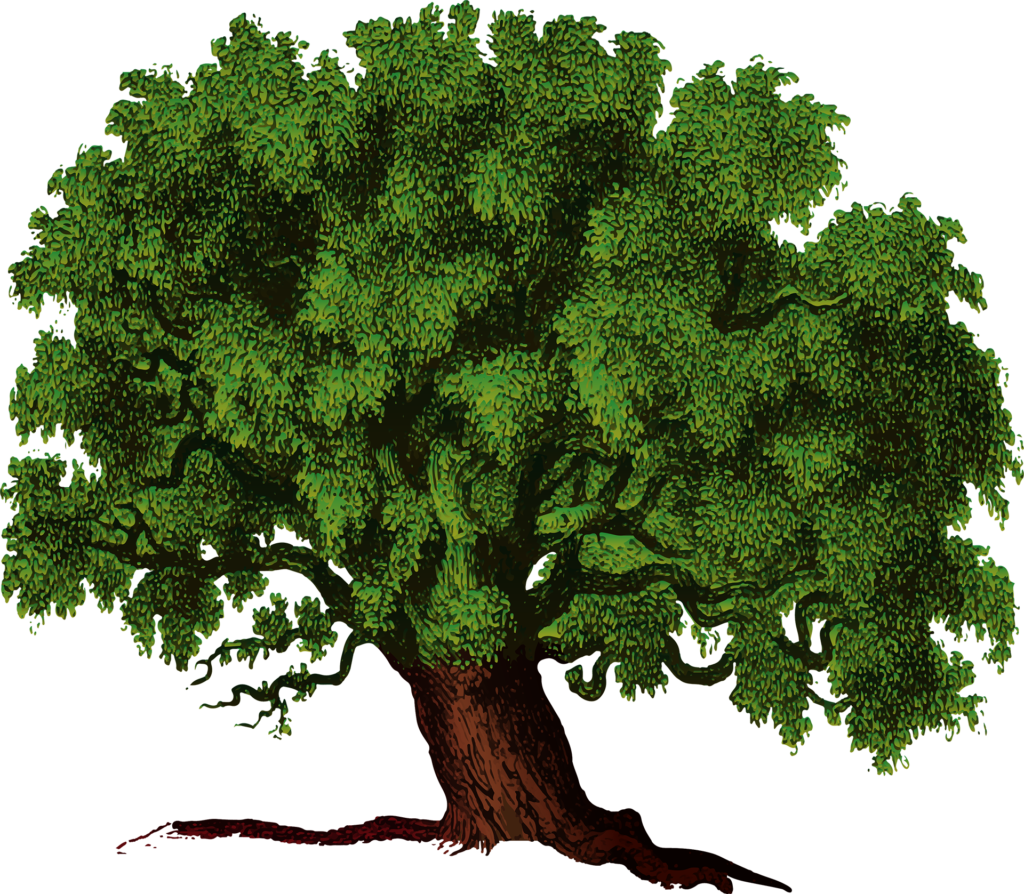 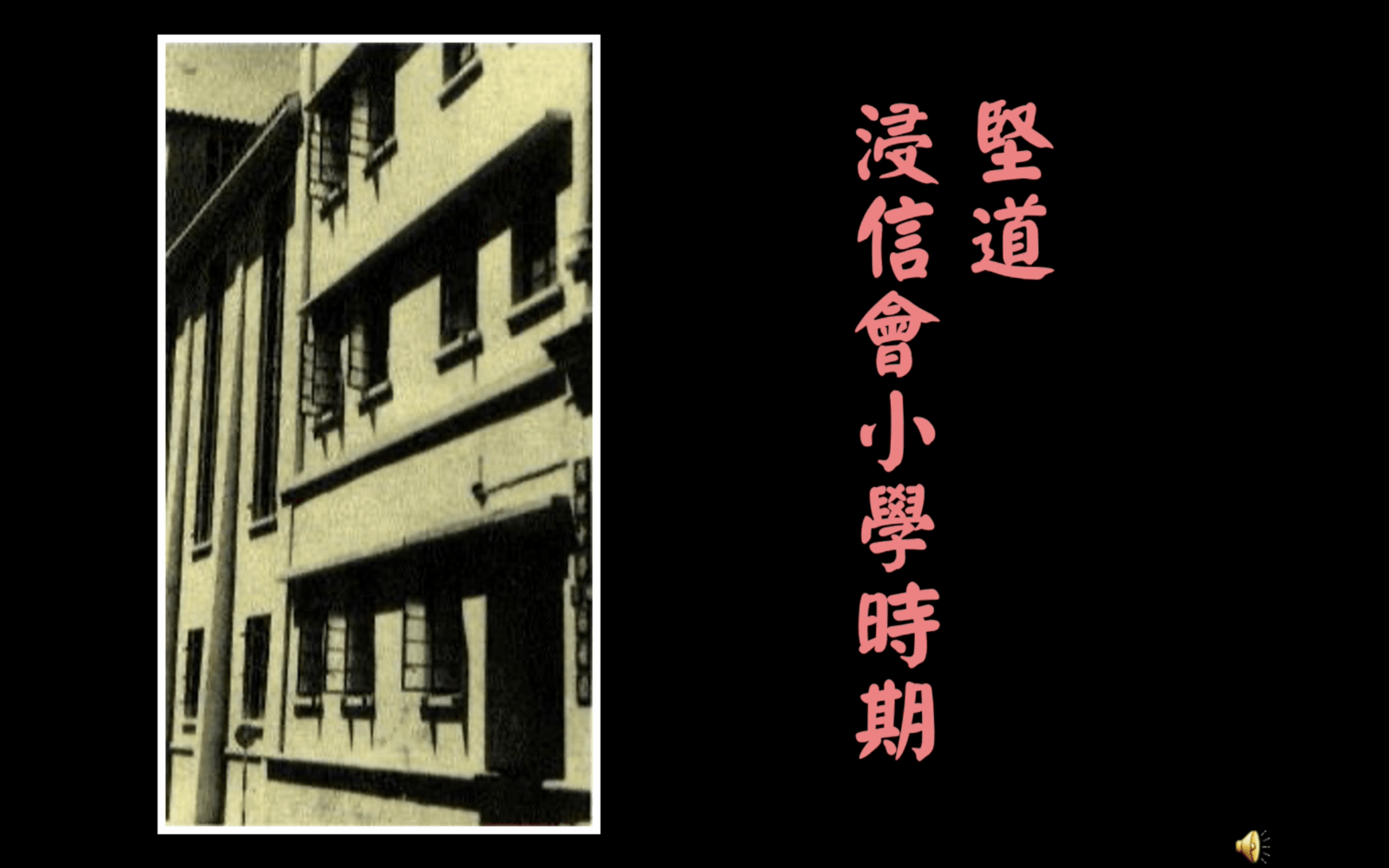 The Four Periods of Henrietta School 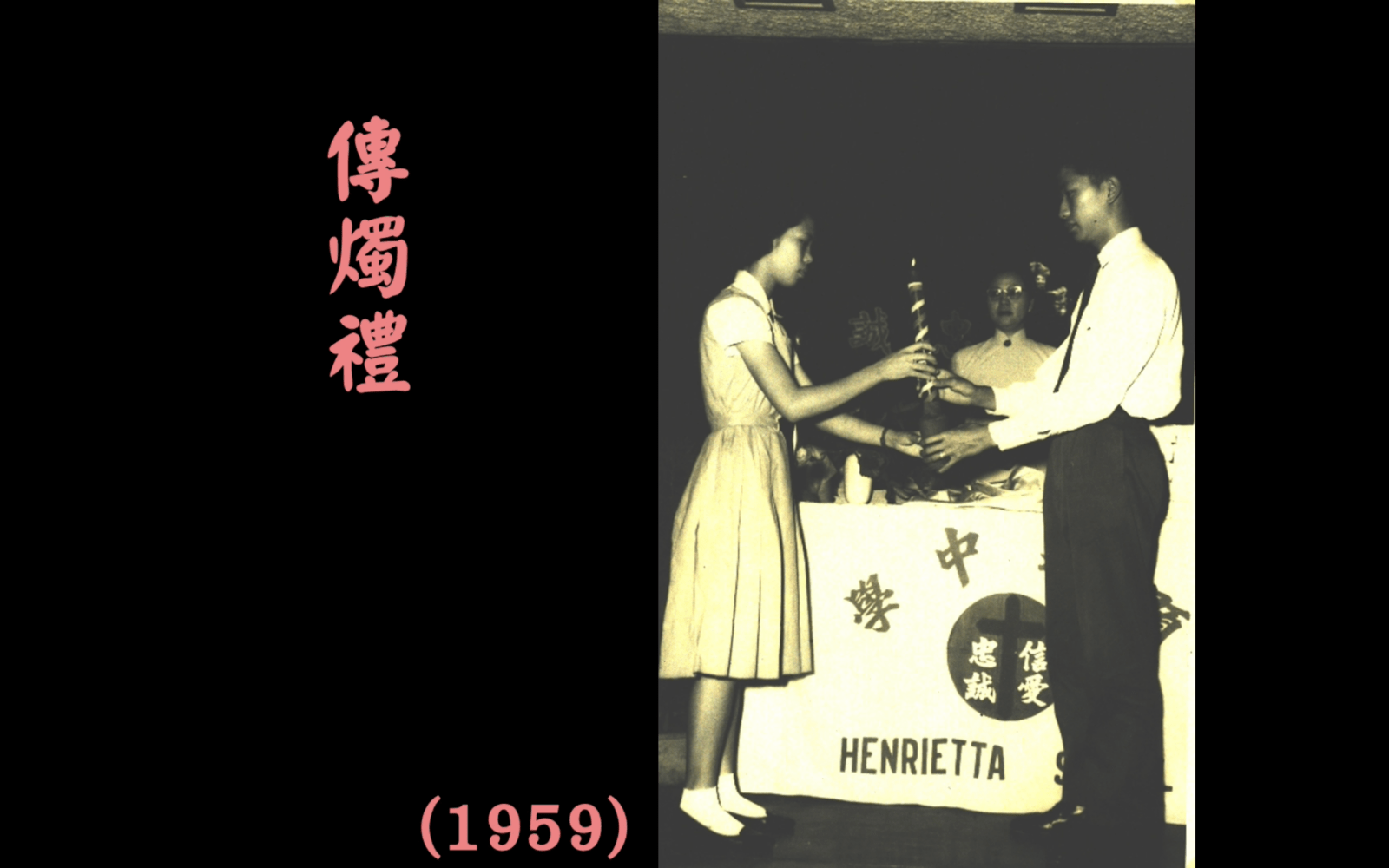 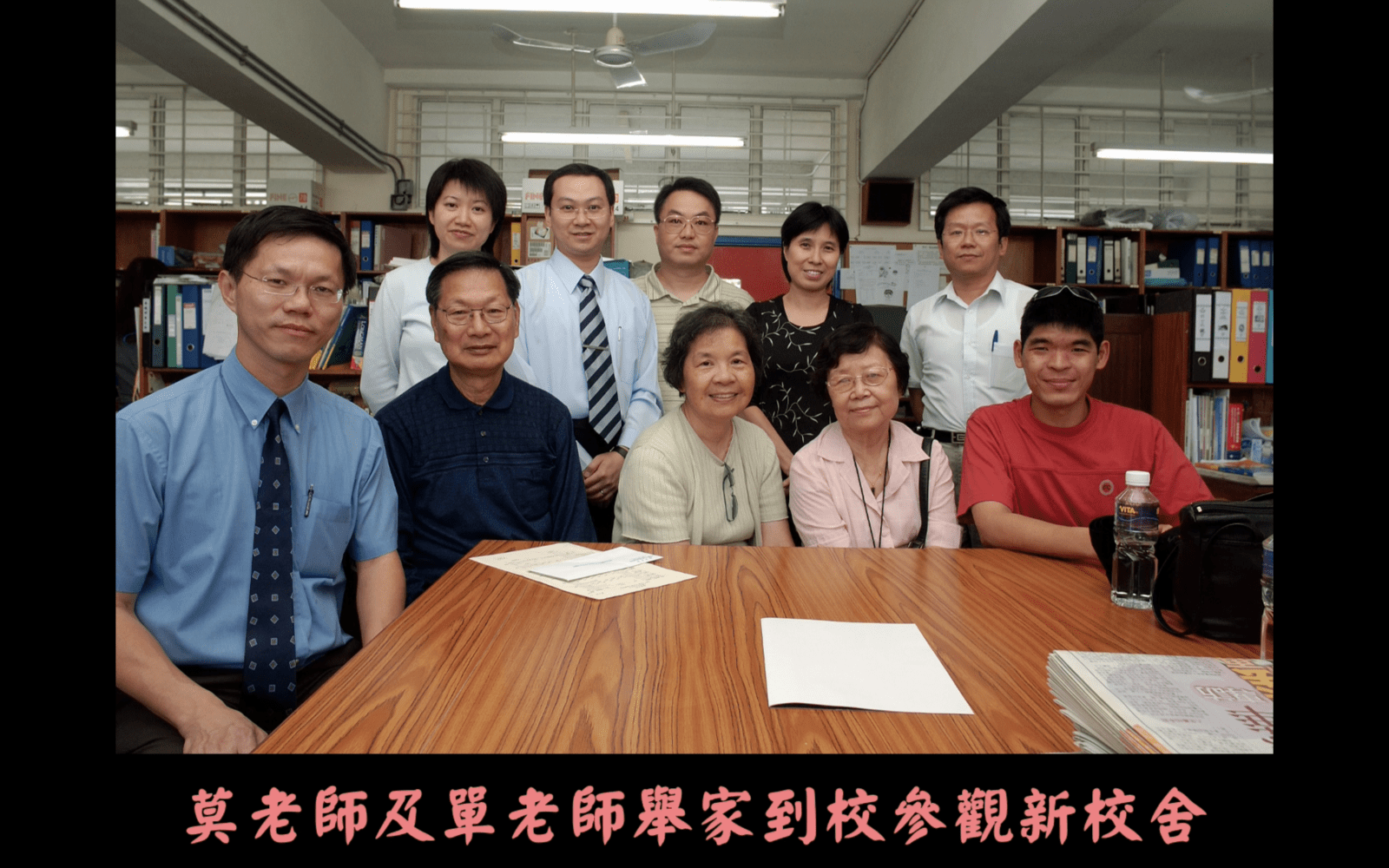 Recent Developments of
Alumni and Staffs 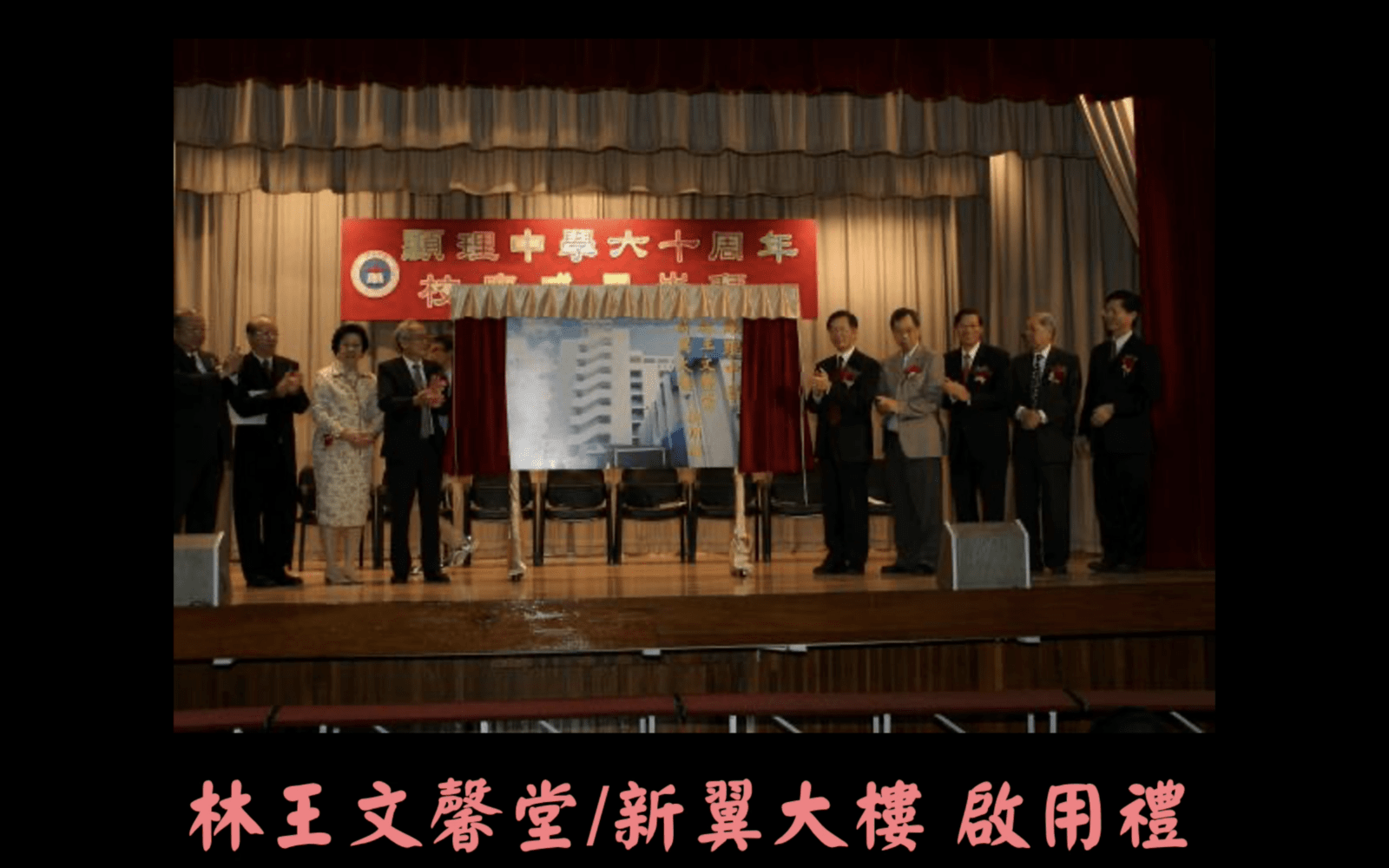 1924
■The Primary School of Hong Kong Baptist Church was set up in the Church. One of the founders, Mrs. Wong Kwok Shuen (daughter of the first pastor of the Church), was appointed Honorary Headmistress.
1924 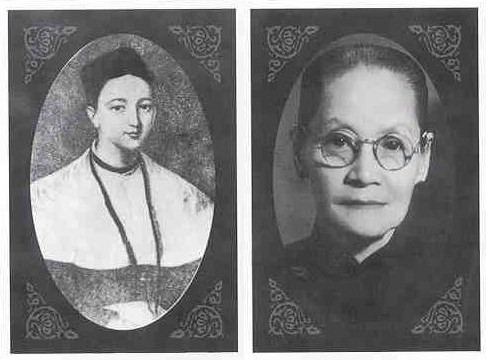 1936
■At the Kwangtung and Kwangsi Baptist Convention of Canton in commemoration of the centenary of Baptist work in China, a resolution was passed that the Hong Kong Baptist Church be entrusted with the task of establishing a school in memory of the late Mrs. Henrietta Hall Shuck. The financial campaign for the new school building was organized under the leadership of Mrs. Wong Kwok Shuen. (In 1836 Mrs. Henrietta Hall Shuck, accompanied by her husband, Rev. J.L. Shuck, arrived in China to carry on their missionary work. In 1842 Rev. Shuck built a Baptist Chapel and a boys’ school in the colony while Mrs. Henrietta Hall Shuck founded the first girls’ school in Hong Kong. On the 27th of November, 1844, Mrs. Shuck passed away peacefully in Hong Kong and her body was laid to rest in Hong Kong Colonial Cemetery).
1936
1941
■The school was suspended on account of the Second World War.
1941 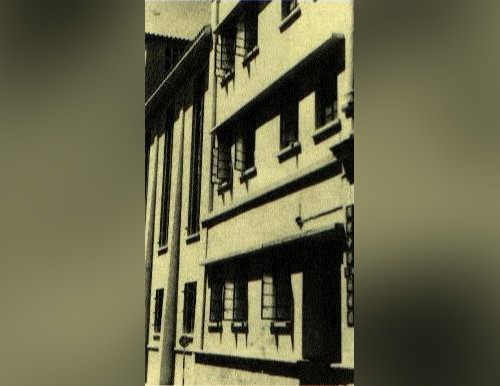 1945
■The Primary School reopened after the war. Miss Lam Yuen Fun, Mrs. Mak Chun Sam, Miss Lee Shiu Ling, Mrs. Su Liang Sing and Miss Cheung Fay-har (Mrs. George Ho) served as Headmistresses in succession.
1945
1951
■The Junior Middle School was added and the school was renamed Henrietta School. With the generous donation from the Foreign Mission Board of the Southern Baptist Convention as well as that from the members and friends of the Hong Kong Baptist Church, the purchase of school premises at 64 Robinson Road was made possible.
1951 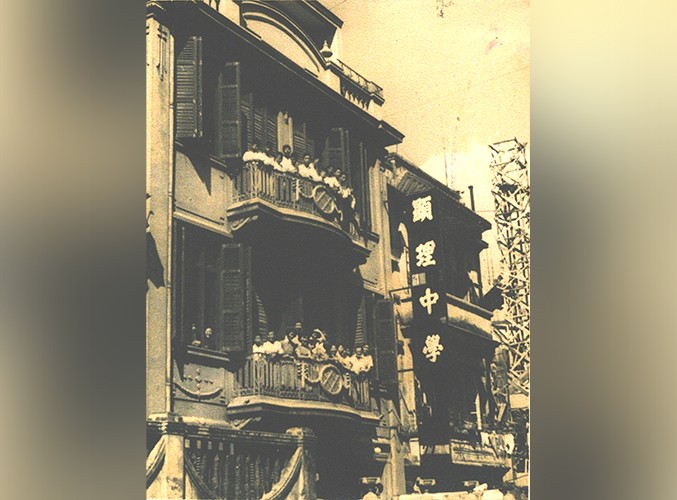 1952
■In April, The school was moved to No.64 Robinson Road;
■Deacon Wong Kwok Shuen was appointed Supervisor.
■In September. Mrs. Rosalind Lam (Mrs. Lam Chik Suen) was appointed Honorary Principal.
1952
1953
■The Kindergarten section was established in the hall of the Hong Kong Baptist Church.
1953
1954
■Lady Grantham (wife of H.E. the Governor of Hong Kong) visited the school.
1954
1955
■The school site at 33 Park Road, an area of 12,000 sq.ft., plus an interest- free loan were granted by the Hong Kong Government. Another sum was raised through a campaign, from the sale of the Robinson Road building and donations from friends. The construction work for the new school building started.
1955
1956
■In March, The new school Ground Breaking Ceremony was performed by Miss Mary Alexander, a Southern Baptist missionary stationed in China for forty years.
■In April, Mrs. George Martin of Virginia, President of Woman Missionary Union, laid the first brick of the new school building.
1956 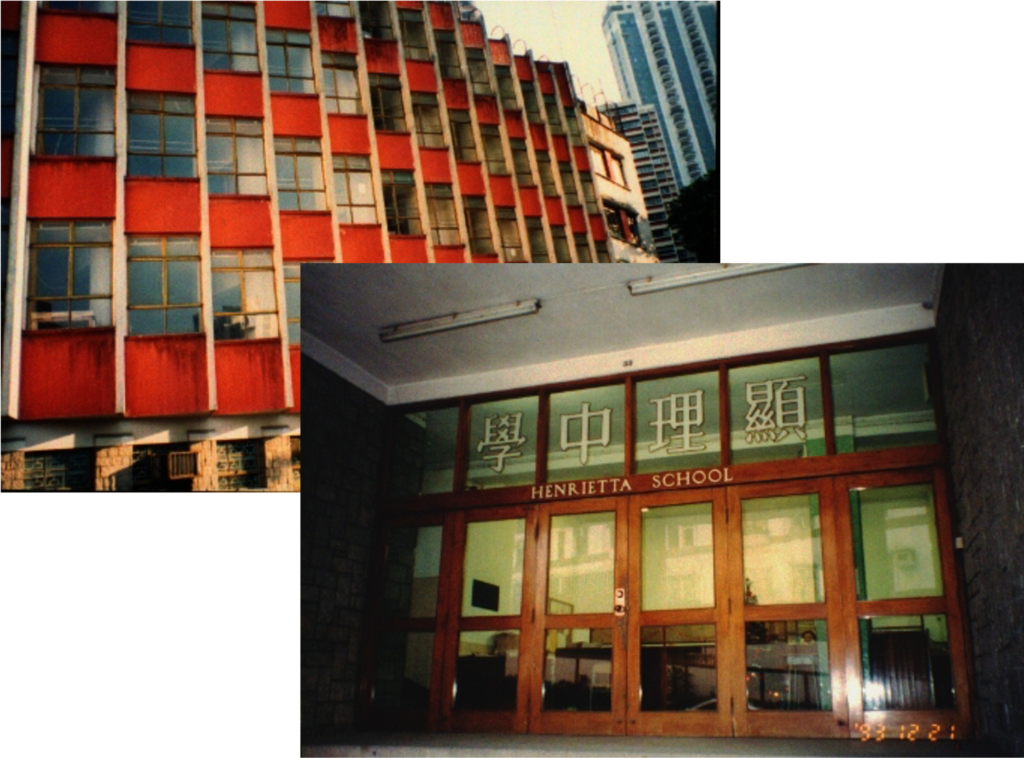 1957
■On 30th of August, the school was moved to Park Road.
1957
1958
■In September, Mr. Lee Tin Chook was appointed Vice Principal.
1958
1959
■On 21st of February, a combined dedication service and official opening ceremony were held in which the Director of Education, Hon. Mr. D.J.S. Crozier took part and declared the building open.
■In March, For the sake of preaching the gospel, the Hong Kong Baptist Church started a regular Sunday Service at the school hall, named the Park Road Mission of Hong Kong Baptist Church.
■In April, Sunday Service for children started.

1959
1960
■In September, The Senior Middle School section was incorporated.
■ Mr. Lee Tin Chook became the Principal.
1960
1961
■In September, The Middle School curriculum was changed from a six-year course to a five-year course.
1961
1965
■In September, A Matriculation Class, i.e. Middle 6, was incorporated.
1965
1967
■In September, The Southern Baptist Foreign Mission Board sent Miss Donna Kay Kirby to the school as a missionary.
1967
1969
■In July, Sunday Service held at the school premises was suspended in accordance with the resolution passed by the Hong Kong Baptist Church.
1969
1974
■Kindergarten and Primary sections were closed; the school was expanded into a secondary section.
1974
1978
■In September, Became a government subsidized school.
■In November. Mr. Tai Hon Yan became the Vice Principal.
1978
1981
■In September, Principal, Mr. Lee Tin Chook retired and Mr. Tai Hon Yan became the Acting Principal.
1981
1983
■In January, Miss Hung Yuen Cheung became the Principal.
1983
1991
■In November, The Parent-Teacher Association was established.
1991
1993
■In October, Director of the Education Department, Mr. Dominic S.W. Wong, OBE, JP, laid the Foundation Stone for the new school campus.
1993 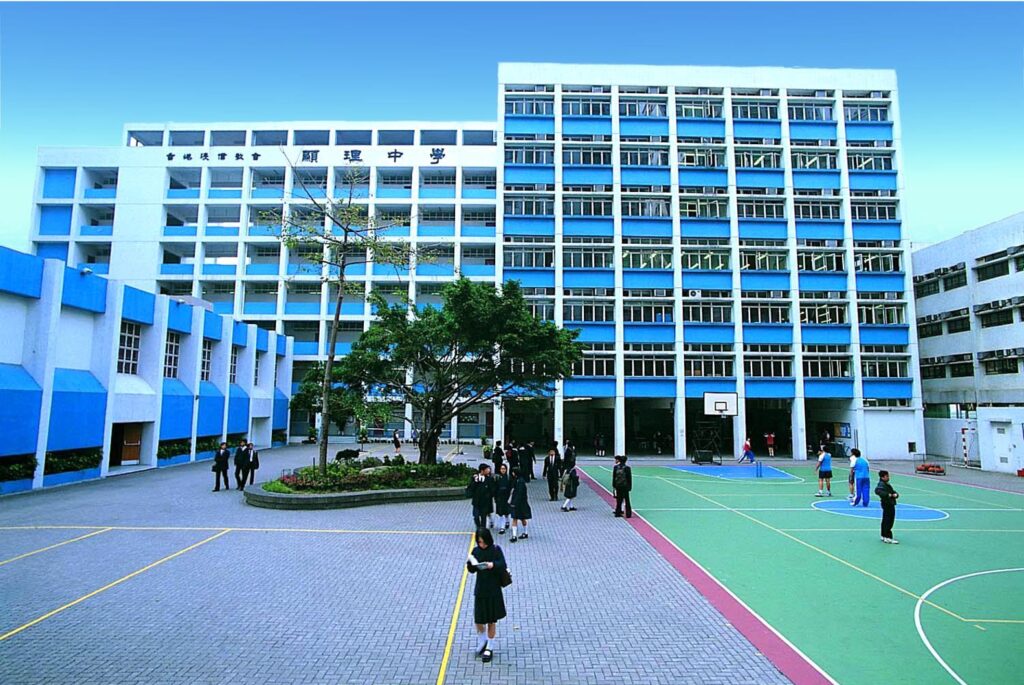